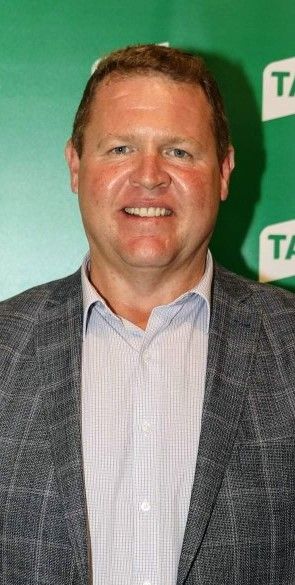 Steve O’Dea has been breathing racing since the day he could walk. The son of North Queensland trainer Graham O’Dea, Steve was helping his father out in the stable as soon as he was able. His passion for racing was only exacerbated by his granddad, prominent bookmaker, Joe Tyrell.

Academically talented, Steve enrolled in a Bachelor of Economics, but discovered during his studies that his love of horses far outweighed his determination to become a high flyer, and returned to further his education in the racing industry.

He ventured to the Gold Coast where he expanded his experience under the tutelage of master trainers Alan Bailey and Gillian Heinrich. Steve then continued his racing education, spending time with leading trainers Gai Waterhouse and Kevin Moses, as well as time with Trevor Bailey in Singapore.

After four years on the road, Steve returned to North Queensland to take over from his father who was retiring. In his first season, Steve achieved a 20% runners to winners strike rate.

In early 2009 Steve decided to take a small string of horses to Brisbane for the summer carnival where he achieved immediate success with the likes of Kiss Me Katy and Go Cart winning multiple stakes races.

That success opened the door to more opportunity which Steve grabbed and he decided to set up a permanent base out of Eagle Farm. Since his move to Brisbane, Steve has been a permanent fixture in the top 10 metropolitan training premiership.