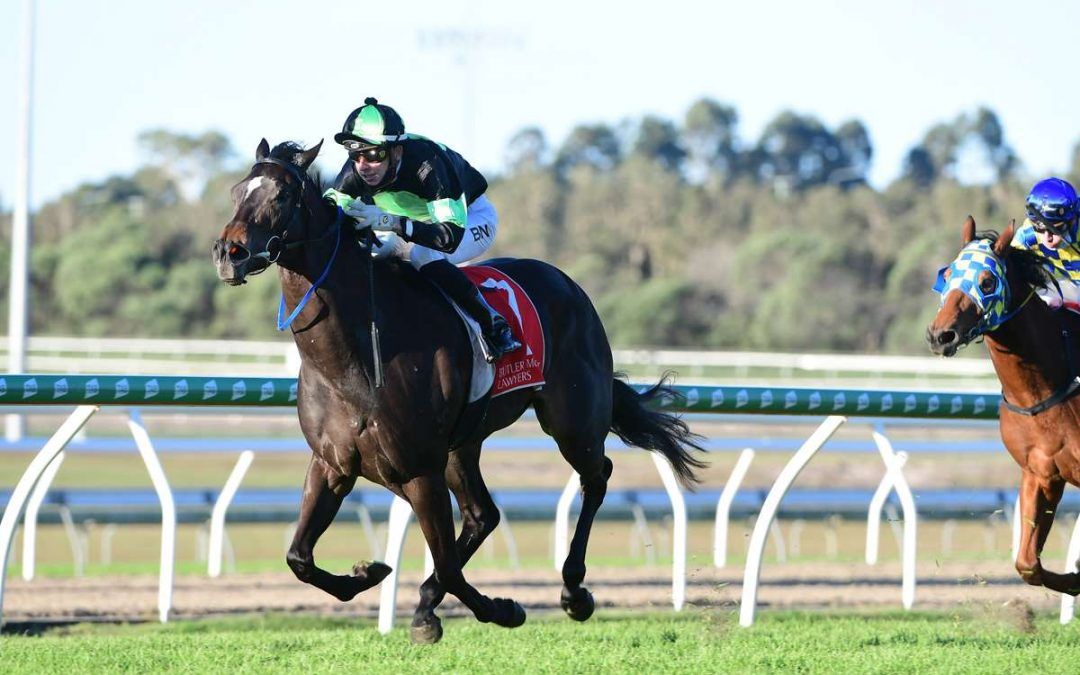 3YO fillies TRIP THE LIGHT and RED RUBI posted strong wins over the weekend.

TRIP THE LIGHT continued on her winning ways with another dazzling display of sustained speed at the Gold Coast on Saturday while RED RUBI (pictured) dominated in her first run back from a spell at the Sunshine Coast Sunday meeting.

TRIP THE LIGHT began like a gazelle in the 900m Class 2 Handicap and was never headed under the riding of Jag Guthmann-Chester.

The daughter of SEBRING had a length to spare on the line as she enhanced her career record to three wins and four placings from 11 starts.

“She’s a very quick filly. I was able to cross really quickly after she jumped so well and gave a nice kick in the straight.” Guthmann-Chester said.

The stable has found TRIP THE LIGHT’s niche in sticking to short distances with all three of her victories coming between 800m and 1000m.

TRIP THE LIGHT will spend the next week at the beach with Billy Healy on the Sunshine Coast before lining up in a BM65 Handicap over 800m at Ipswich on Friday August 13.

RED RUBI was an easing favourite in the 1000m Class 1 Handicap at the Sunshine Coast but proved a class above her rivals as she emerged a 2.75 length victor for Baylee Nothdurft.

The daughter of RUBICK is already a metropolitan winner and has plenty of improvement to come this preparation.

She was a bargain priced yearling, secured by Proven Thoroughbreds for $35k at the 2019 Magic Millions January Sale, and has since rocketed in value, with her half-brother and stablemate SCALLOPINI winning multiple stakes races.