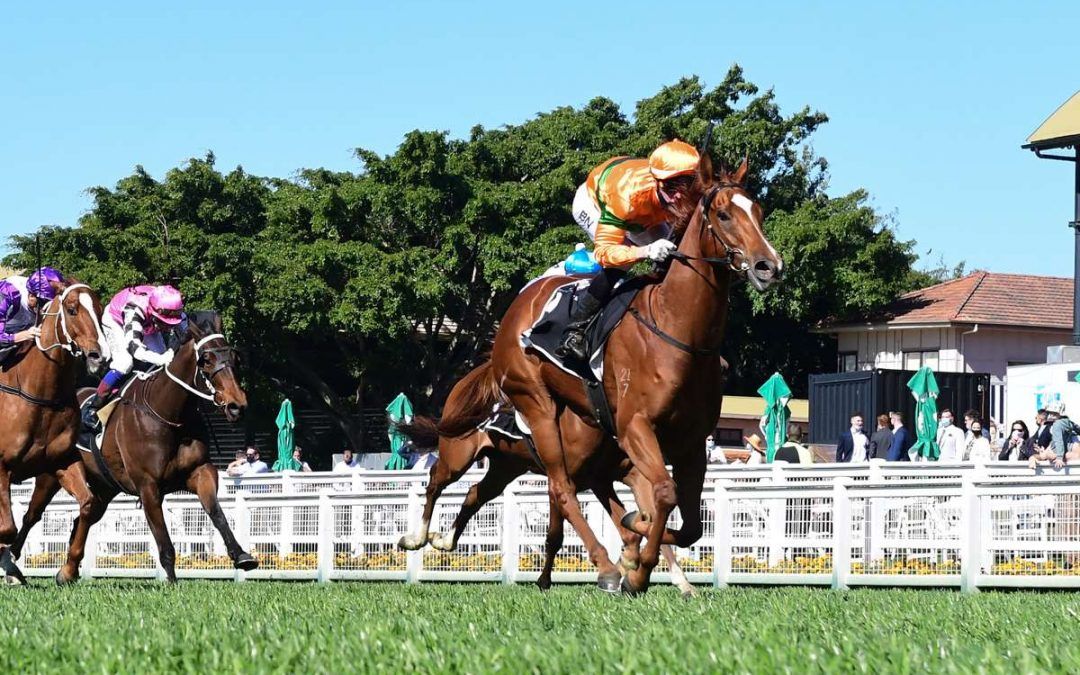 Shooting For Gold gave Baylee Nothdurft a winner with his first ride back since having his tonsils removed as the three-year-old gelding lived up to his short-priced favouritism at Eagle Farm.

Aiming for consecutive wins, the Steve O’Dea and Matt Hoysted-trained sprinter was sent out $1.50 in the Class 6 Handicap (1000m) and won impressively by 2.25 lengths.

The winning margin was dominant but Shooting For Gold had to do some work to register his sixth win from 10 starts.

Je Suis Belle went for home but Nothdurft knew what he had under him and put the matter beyond doubt in the final stages.

Hoysted explained Shooting For Gold’s current preparation is being tailored to boost the sprinter’s rating for a Magic Millions campaign in the summer.

“He is obviously a Magic Millions horse and we are trying to get his rating up to get into some of those better races,” Hoysted said.