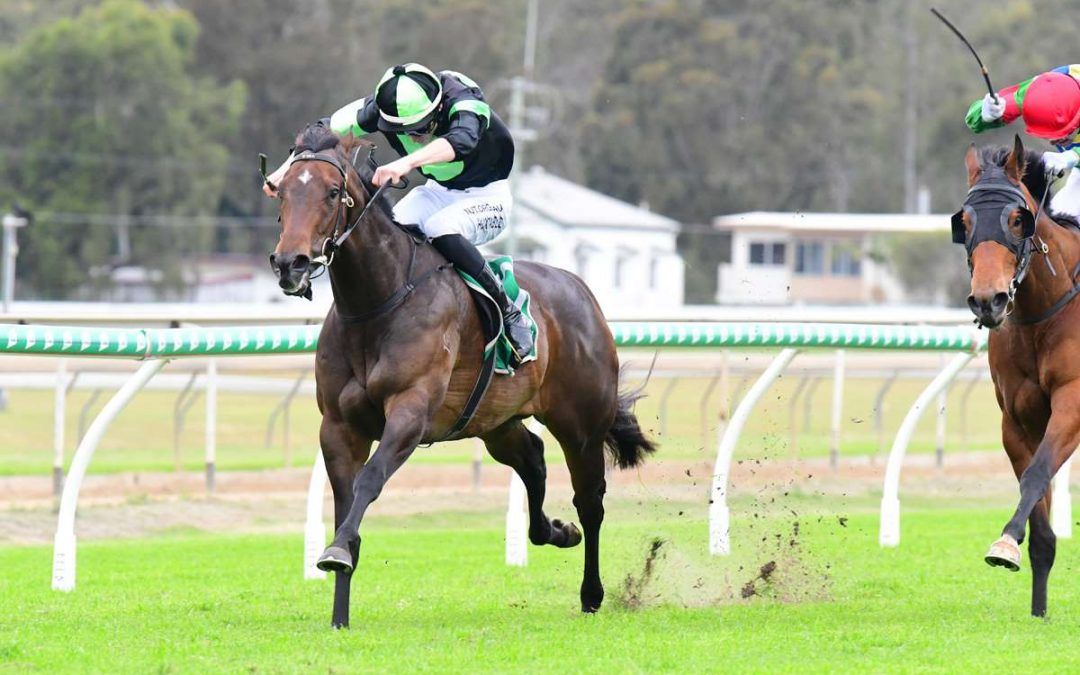 3YO filly TRIP THE LIGHT proved too sharp for BM60 rivals at Ipswich on Thursday.

The daughter of SEBRING defied a significant market drift to lead throughout the 800m dash and respond to hands and heels riding from apprentice Justin Huxtable.

It was a classic example of capitalising on an inside barrier as Huxtable held the fence on TRIP THE LIGHT which ensured the horses drawn to the outside were made to work harder.

“It was a super win – pretty painless in the end,” Huxtable said.

“She began really fast out of the gates and was straight into the bridle.

“To be able to travel like that going that sort of speed was pretty impressive and she was too strong late.”

Co-trainers Steve O’Dea and Matt Hoysted appear to have found TRIP THE LIGHT’s niche in keeping her to short courses. Her record in races up to 1000m now reads seven starts for two wins and four placings.

TRIP THE LIGHT was purchased from the 2019 Inglis Melbourne Premier Sale and hails from the same family as another SEBRING filly formerly raced by Proven Thoroughbreds in stakes winner CANDIKA.