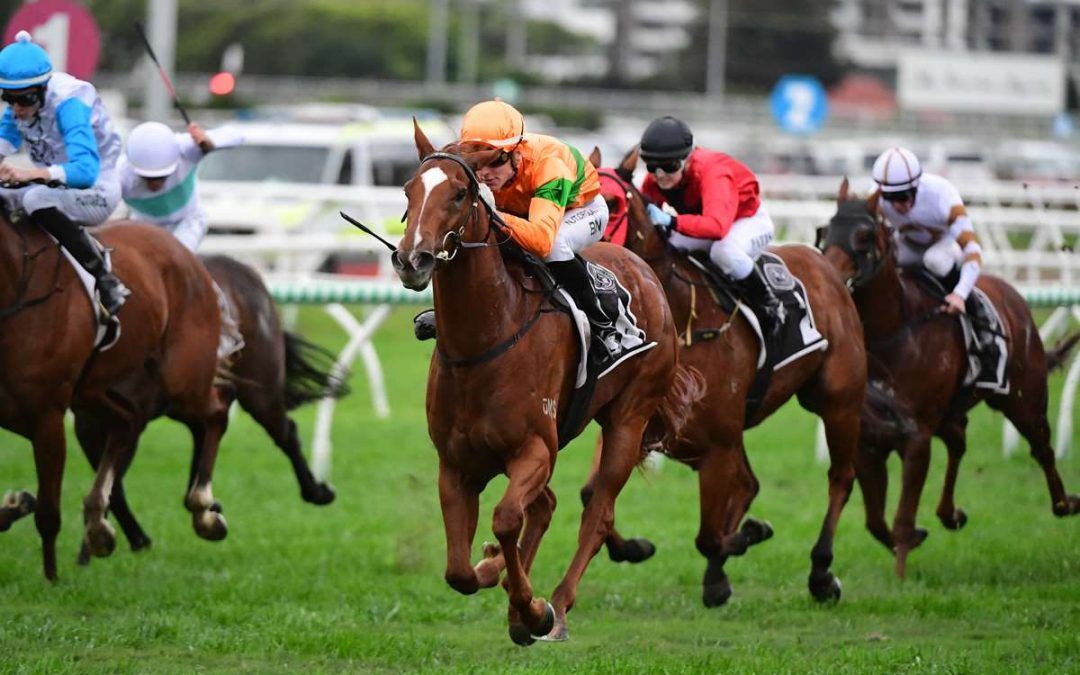 The Steven O’Dea and Matt Hoysted trained Shooting For Gold duly saluted at the short odds of $1.85, but not before giving his followers some very anxious moments in the home straight.

It was a hard watch as Shooting For Gold improved his record to five wins from only nine starts, even if his eventual winning margin was a comfortable two lengths.

Shooting For Gold jumped well and established a seemingly comfortable position in fourth place some three lengths off the lead in the early part. Turning for home though the chestnut three-year-old did not have a clear run and jockey Baylee Nothdurft had to switch him out wider in search of room in which he could improve.

That move brought problems of its own. There was a gap … then there wasn’t, leaving Shooting For Gold momentarily marking time. To his credit, when the gap started to open again Shooting For Gold needed no second urging and he extended with meaning to assert his authority when it mattered most to the relief of favourite backers.

“I probably can’t really say what I was thinking about Baylee in my head halfway down the straight,” said Matt Hoysted, “but, to be fair, he is probably the right sort of horse to do something like that.

“He is still very new and can have a bit of a think about it. He doesn’t really know how to put a few of them away yet … so he is the right horse to bring out late, but I was very grateful once that gap came and he was able to shoot through.

“You definitely have to time your run with this fellow and, in the end, he did that to a tee.

“He is definitely on to bigger and better things this horse. In six months time this bloke might be in the Summer Carnival contesting the better races. He had a bit on them today.

“He has always been a very nice horse. It has just taken a bit of time for the penny to fully drop but, on the back of that really nice spell he had after Magic Millions, he has come back a lot more mentally mature horse which should really see him get to the higher grades.”