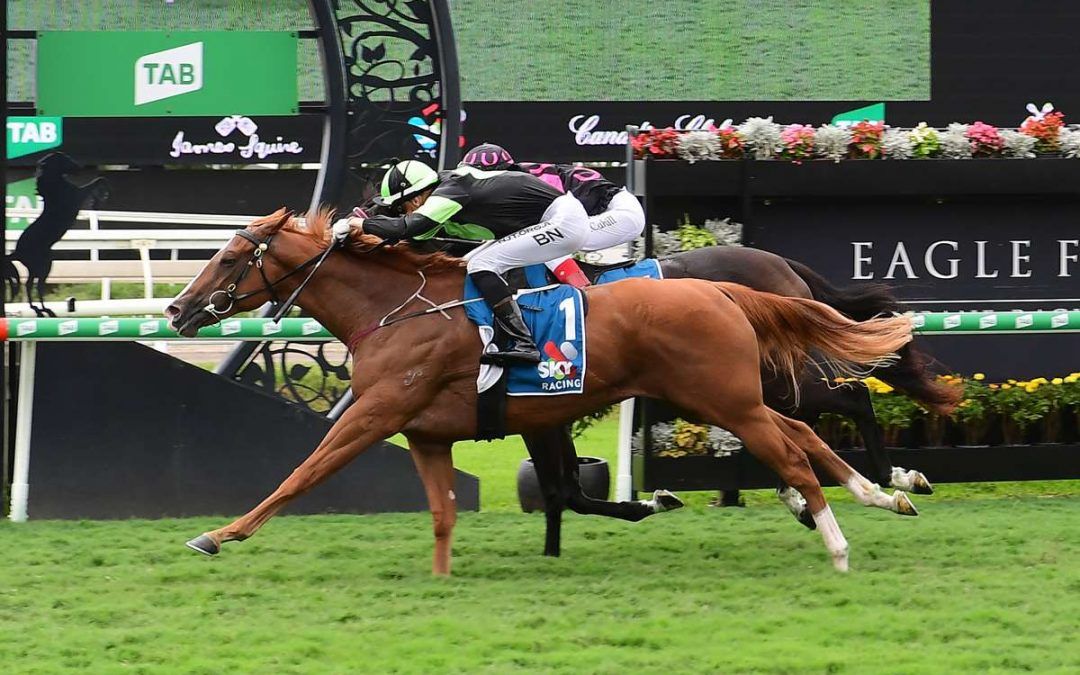 4YO entire CONTEMPTUOUS started a $1.50 favourite in the 1200m Class 2 at Ipswich on Friday and duly saluted for rider Ben Thompson, who left nothing to chance by sending the horse straight to the front.

The son of RUBICK was never threatened in the run home, finishing 2.3 lengths in advance of the runner-up.

With three wins and three placings from seven starts, CONTEMPTUOUS is still lightly-raced for a rising 5YO so it was pleasing to see him reward his patient owners with Friday’s dominant victory.

Less than twenty-four hours later, promising 2YO STELLAR MAGIC was a thrilling winner of the 1000m QTIS 2YO Handicap at Doomben.

The filly’s win marked a welcome return to Saturday racing for Queensland’s reigning champion jockey Baylee Nothdurft who had spent several months out of the saddle due to weight struggles.

Nothdurft was at his scintillating best on STELLAR MAGIC, weaving a passage through the field to land first prize in the shadows of the post.

The result was made sweeter by the fact that Proven Thoroughbreds recently purchased the yearling half-sister to the runner-up INVINSIBLE TEARS.

A daughter of NOT A SINGLE DOUBT, the half-sister is 75% sold and currently being acquainted with the Steve O’Dea and Matt Hoysted stables at Eagle Farm, having completed her breaking-in at Kolora Lodge without a hitch. See more info on the NOT A SINGLE DOUBT x NETWORKING filly here (pictured below). 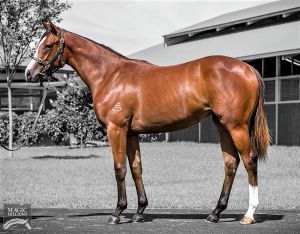 STELLAR MAGIC is now likely to get a shot at black type in the Listed Dalrello Stakes (1000m) back at Eagle Farm next month. Proven won the 2013 edition of the Dalrello Stakes with former stable star SIR MOMENTS.

Our trio of weekend winners was completed when first-starter MERSEYSIDE, another favourite, proved a class above her opposition in the QTIS 2YO Maiden Handicap (1200m) at the Gold Coast.

The bay filly took some urging from rider Jag Guthmann-Chester to take a gap at the business end of the race but quickened smartly over the final 150m to emerge a comfortable one-length winner.

MERSEYSIDE’s win keeps BETTER THAN READY atop the 2YO sire rankings in Australasia with 12 winners, ahead of I AM INVINCIBLE (11), SNITZEL (8), CAPITALIST (8) and SPILL THE BEANS (8).