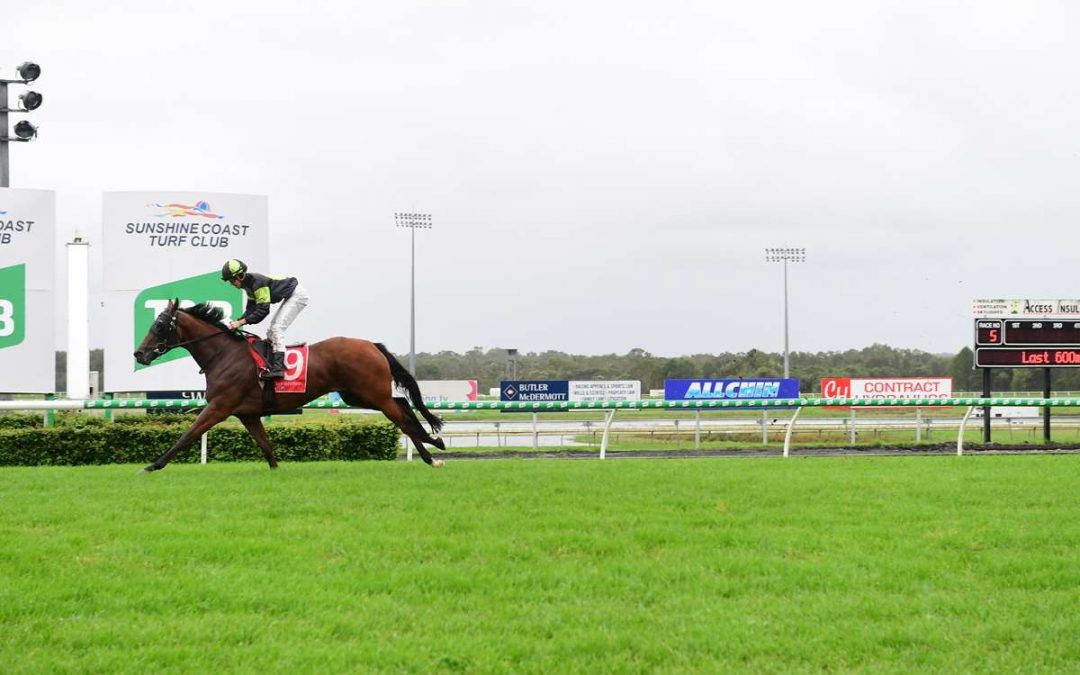 It was only a humble Benchmark 60 on a Sunday at the Sunshine Coast, but lightly raced 3YO ENRIQUE gave an indication that his stamina rich pedigree may well come to the fore as his career progresses.

Like a lot of the breed, the son of SEBRING relished the Heavy 10 ground to dominate his moderate rivals by a widening 5 lengths after coming from last on the turn.

“He travelled good in stages but once I gave him a clip behind the saddle, he ran away with the race,” rider Ben Thompson said post race.

“The biggest tick today was that he loved the conditions.”

Fresh from maiden a victory at Grafton over 1420m, ENRIQUE took the always challenging transition into “winning class” in his stride, handling the rise to 1600m on the testing surface comfortably.

His family would suggest that longer trips will be to the gelding’s liking as his mother Granados, a sister to WAKEFUL STAKES winner ROCHA, needed 2250m to win her only race. Grandam LARROCHA was a SA OAKS winner whilst the family also spawned DERBY winners QUICK THINKER and BLACKFRIARS.

Trainers Steve O’Dea and Matt Hoysted have no lofty plans for the $50k Inglis Classic Sale purchase, other than to work through his grades. Sunday’s victory was only his 6th start and just his third run this preparation so it’s likely he’ll graduate to longer journeys in coming weeks.