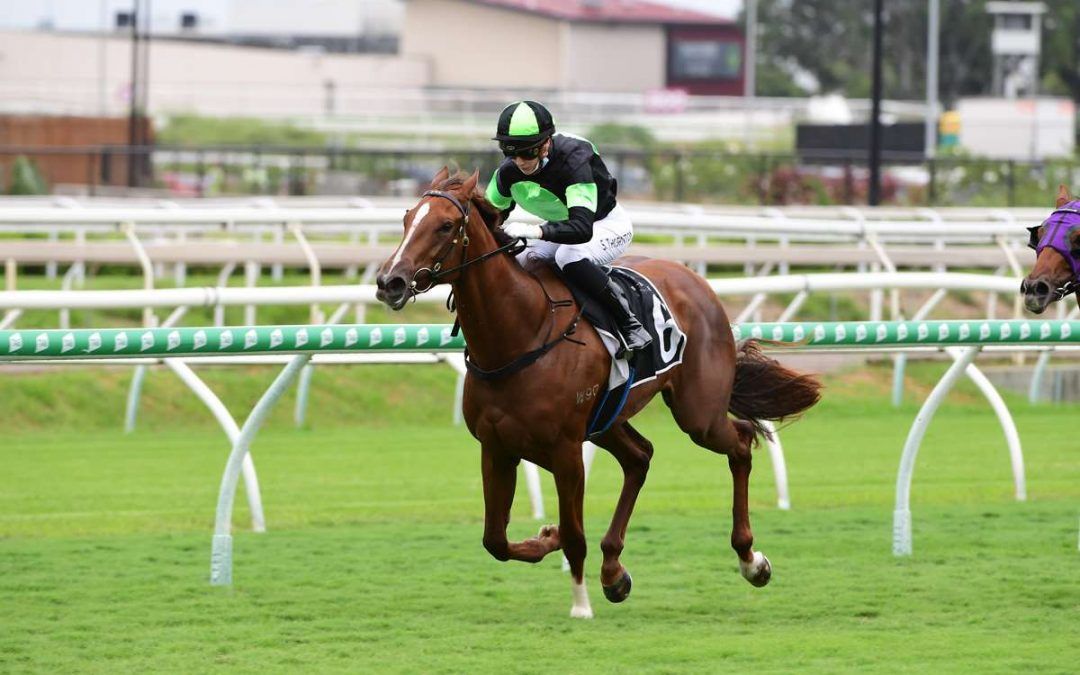 It may not have been an 18-length margin like last week, but 2YO filly SECRET TALES confirmed her promise with another dominant win on Saturday.

SECRET TALES recorded the largest ever winning margin at the Gold Coast last Saturday when demolishing a maiden field in heavy (10) conditions.

Eagle Farm presented a different challenge for the daughter of SPILL THE BEANS. Not only was she rising steeply in class but was faced with a good (4) track – virtually opposite to the surface she won on seven days prior.

It mattered little however as SECRET TALES, ridden by Stephanie Thornton, dashed along the inside to win by 1.75 lengths, showing her Gold Coast romp was no flash in the pan.

Co-trainer Steve O’Dea will now spell the lightly-raced filly instead of pressing on to Queensland’s winter carnival.

“We were thinking about tipping her out. Initially I didn’t think I would want to back her up today,” O’Dea said.

“She found some room not long after straightening and wound up on the inside. She is probably going to be even better suited in a really truly-run race.

“She has a lovely big stride and it was good to see her win coming from the wet track to the firmer track.

“I had never probably considered her a carnival horse so we are probably better off now aiming at the off-season in that August-September-October time and try to pick up some QTIS money.’’

The QTIS prizemoney on offer for fillies has been an incredibly successful concept for Racing QLD.

SECRET TALES collected the best part of $80k for her latest win – a huge return for Proven Thoroughbreds, having purchased the filly for just $20k last year.

In other results for Proven, KYLEASE finished a narrow second in the final event at Eagle Farm while SO YOU SHOP also had to settle for silver medal honous at the Gold Coast.