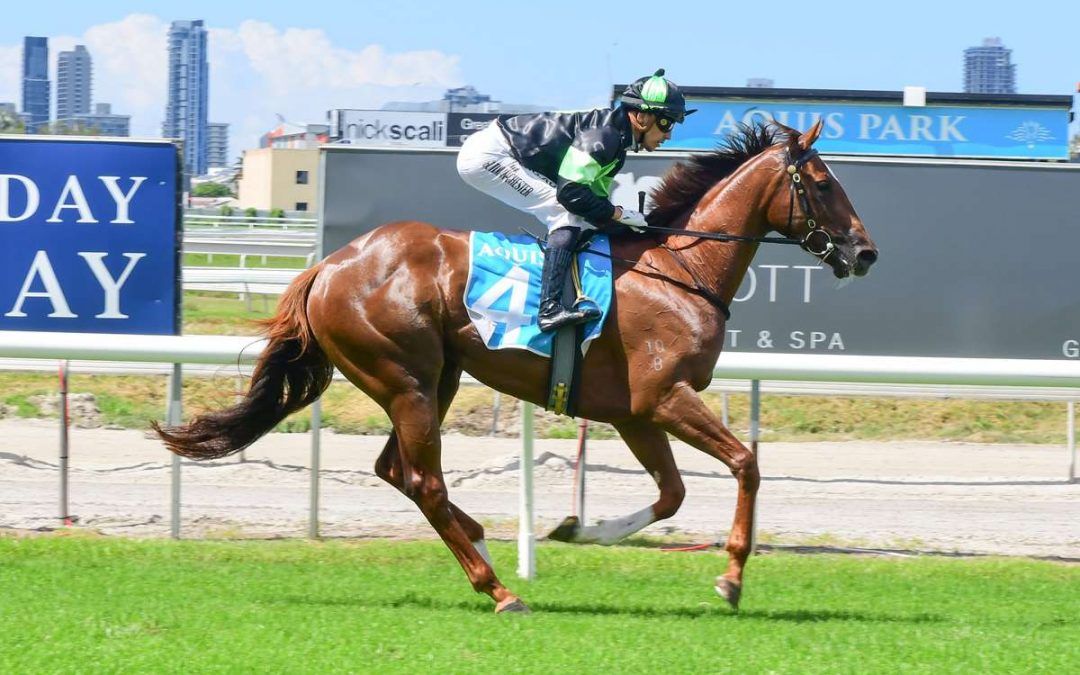 The Steve O’Dea part bred (Warrandale Stud), part owned and part trained (with Matt Hoysted) SECRET TALES, had journalists and statisticians scurrying for their record books after a staggering 18 length victory at the Gold Coast Saturday.

Admittedly the 2YO filly’s opposition were hardly the silk department but the sheer extent of the margin was not only a personal best for PROVEN THOROUGHBREDS, but the biggest in Gold Coast racing history.

Having only her second start, SECRET TALES is a daughter of SPILL THE BEANS and the second foal of Steve’s handy mare Fairytale Belle with the first being the handy city winning full brother, HE KNOWS. And recently Kenmore Lodge bought the dam FAIRYTALE BELL in foal to EXTREME CHOICE, sire of Saturday’s Golden Slipper winner STAY INSIDE.

For rider Jag Guthmann-Chester, the procession on the Heavy 10 surface was little more than a steering job over the 1400m and the local rider made it a double in successive races when the O’Dea/Hoysted 3YO, TRAVOLI careered away to win the 1800m Maiden also in the PROVEN colours.

TRAVOLI, by MORE THAN READY from the Group 1 performer TRAVESTON GIRL, has displayed improvement with every run this preparation and now appears destined to become a middle-distance galloper after relishing the rise to 1800m.

Back at Doomben, our trio of runners couldn’t salute though all three ran creditable placings. The smart 2YO STELLAR MAGIC was just nailed in the opening event, BETTER THAN READY 3YO BETTER GET SET, ran a game 2nd in the QTIS 3 year old contest before CONTEMPTUOUS ran home hard to finish 3rd in the Class 3 of 1110m after being sideswiped at the start.