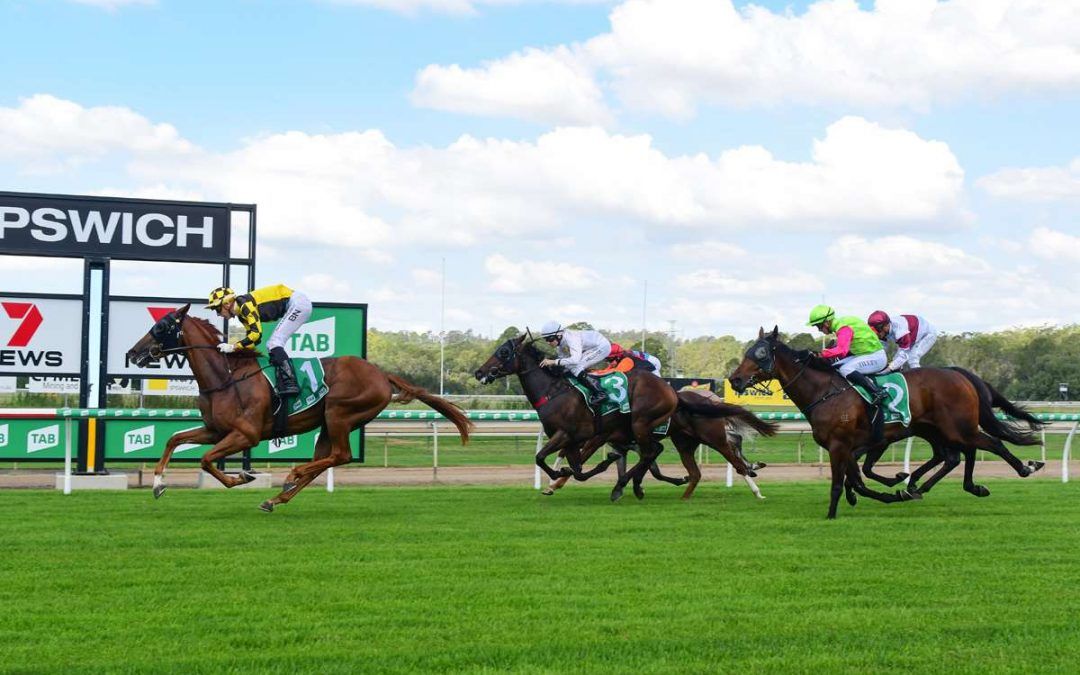 The first win of a horse’s career is often the most important, so it was pleasing to see GINJA, STELLAR MAGIC, and ENRIQUE break through relatively early in their respective racetrack journeys.

GINJA (pictured), a three-year-old son of SHOW A HEART, was a comfortable 1.3 length victor over 1680m at Ipswich on Saturday. The gelding was ridden by Baylee Nothdurft, who has linked up with the stable since returning from a break due to issues with his weight.

Baylee has worked tirelessly in the last couple of months and the stable was delighted to provide him with a winner as he begins his ascendancy back to the top of Queensland’s jockey ranks.

Then on Sunday, a team of three gallopers travelled to Grafton and two came back as winners.

In the second race on the card, exciting 2YO STELLAR MAGIC saluted as a $1.40 chance should, making her own luck on speed for Ben Thompson before dashing clear to score by 2.5 lengths.

Later in the program, the O’Dea/Hoysted stable and Thompson combined again to win with ENRIQUE. The son of SEBRING was afforded a ground-saving ride along the rails and found enough at the business end of the race to repel a challenge from MAXCALEMMA out wide.

With 43 winners this season, the stable is now only five wins off last season’s tally with four and a half months still to go until the 2021-22 term begins.