CONTEMPTUOUS too classy on comeback 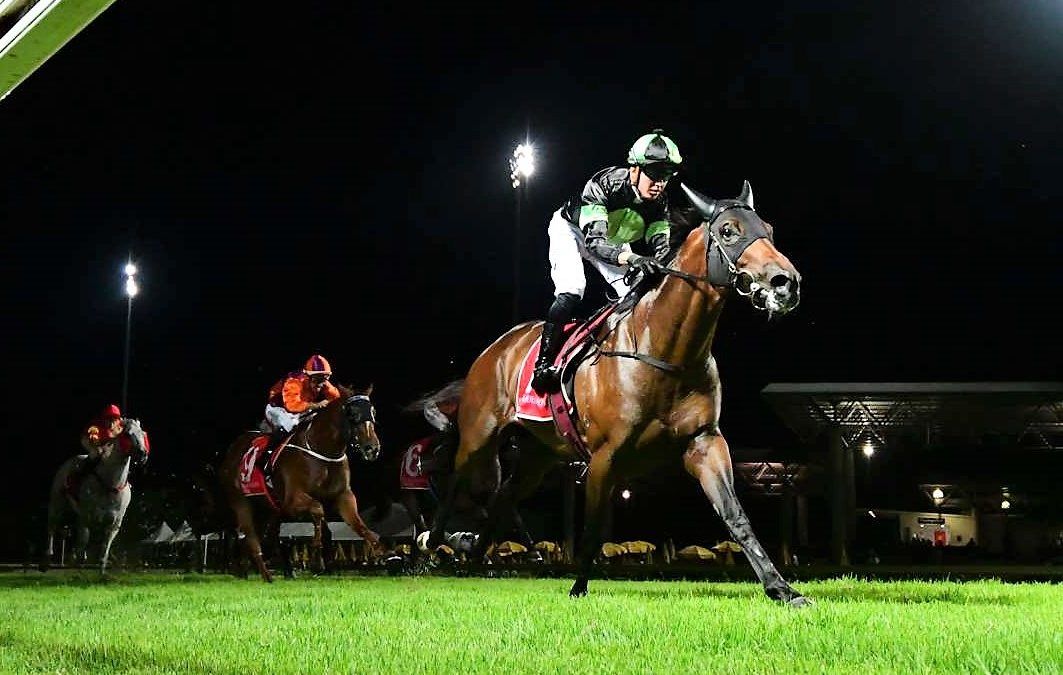 Talented gelding CONTEMPTUOUS made up for some lost time with a dominant first-up performance at the Sunshine Coast on Friday night.

The four-year-old has endured his share of setbacks to date but always shown the stable above average ability. Indeed, Friday’s race was only his fourth start since winning on debut almost two years ago.

A recent trial win suggested CONTEMPTUOUS would be hard to hold out first-up, despite being off the scene for seven months, and the bookmakers took no risks as he started a $1.30 favourite in the 1000m BM58 Handicap.

Ridden confidently by Ben Thompson, the son of RUBICK rode a hot speed early but proved too classy for his opposition under a steadier of 60kg.

The official margin was 2.5 lengths and hopefully heralds a change in fortunes for CONTEMPTUOUS’ career.

“He ticked every box we needed him to coming into today,” Thompson said.

“He jumped super and cruised. It was a pretty soft win in the end.”