KYLEASE back with a bang! 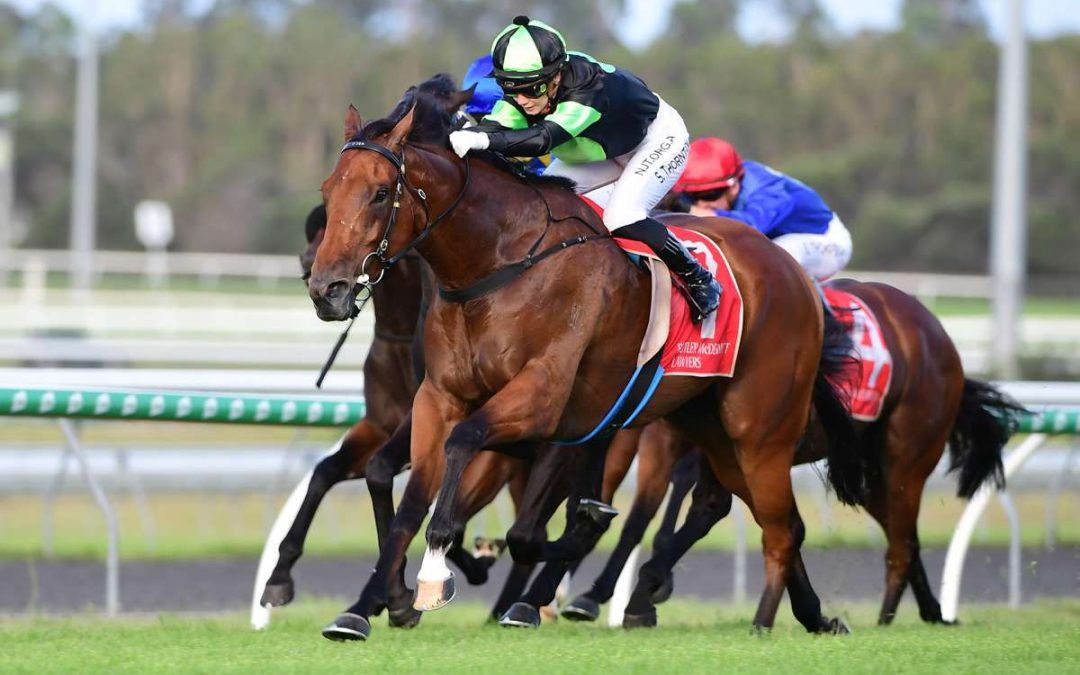 She’d never won previously first up nor had she been successful at her only other run over 1000m, but KYLEASE defied the stats, a wide gate and a marked betting drift, to triumph at the Sunshine Coast Saturday.

The big striding CHOISIR mare notched her 6th career victory from 17 starts, with a sustained display of speed in the 1000m Open Handicap.

Aided by a beautifully rated Steph Thornton front running ride, KYLEASE was able to cross over easily from her outside alley when the inside speed in the race failed to materialize.

After that soft first sectional, the 5 year old was then able to smoke her rivals from the 600m reeling off a blistering 33.1 secs for the final split to score officially by a half length.

Previously prepared and developed at Warwick Farm by Joe Pride, KYLEASE had shown a lot of promise and indeed won 4 races but seemed to reach her mark in Sydney.

Since joining the O’Dea/Hoysted team she’s won twice from 3 starts, relishing the set weights programmes in QLD which are no longer conducted in Sydney. Steve & Matt don’t have lofty plans at this stage, other than more wins!

Earlier in the meeting, stablemate LITTLE RIVER went within a whisker of also winning first-up from a spell. The grey filly was gallant in defeat and looks on track for a fruitful preparation.

KYLEASE’s victory was Proven’s 8th since January 1 and 35th for the season, capping a great start to the year.