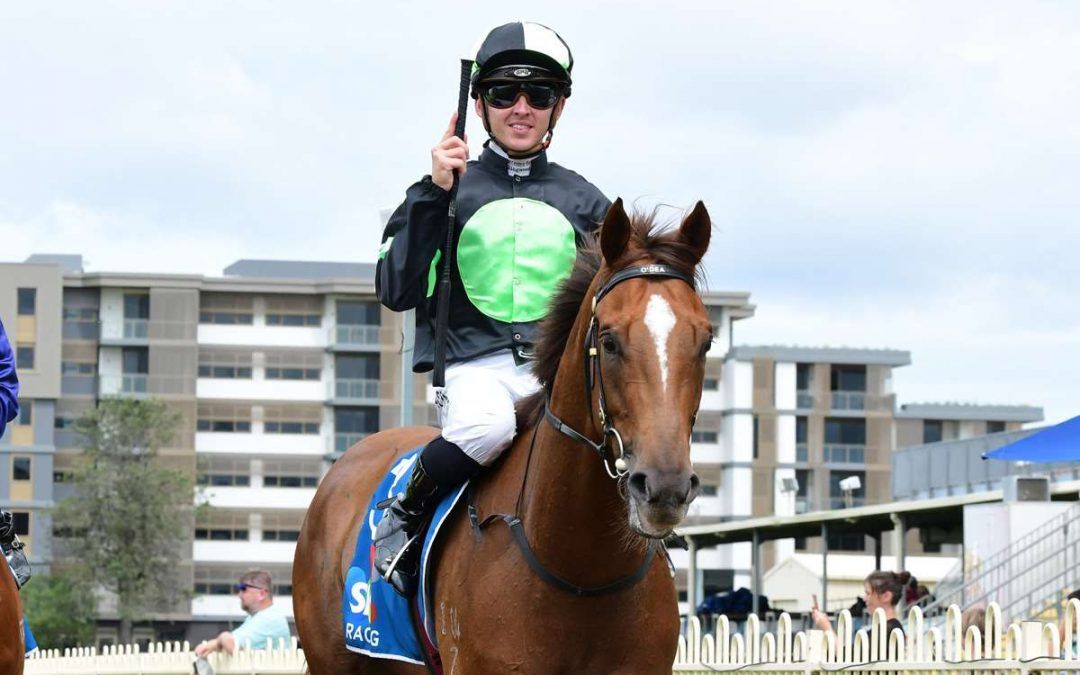 Lightly-raced 3YO HE KNOWS shed his maiden tag in impressive style at Doomben on Thursday.

First-up since finishing fourth behind subsequent stakes winner APACHE CHASE in July, HE KNOWS started a warm favourite in the 1200m QTIS Maiden.

The Steve O’Dea & Matt Hoysted-trained galloper was shuffled back towards the tail of the field soon after the start but in-form rider Ben Thompson patiently navigated a winning path along the inside of the home straight.

The last 100m by the 3YO gelding was particularly encouraging as he staved off swoopers to his outside to record a narrow but decisive victory.

Being eligible for the rich QTIS bonuses, HE KNOWS collected a first prizemoney cheque of $28,300.

By the late SPILL THE BEANS and out of the former O’Dea-trained FAIRYTALE BELLE, HE KNOWS was purchased by Proven Thoroughbreds and Steve O’Dea for just $25k from Kenmore Lodge at the 2019 Magic Millions March QTIS Sale.

Thursday’s win was made all the sweeter by the fact that Proven acquired an unraced 2YO full-sister to HE KNOWS, named SECRET TALES, earlier this year – on the advice of breeder Steve O’Dea!