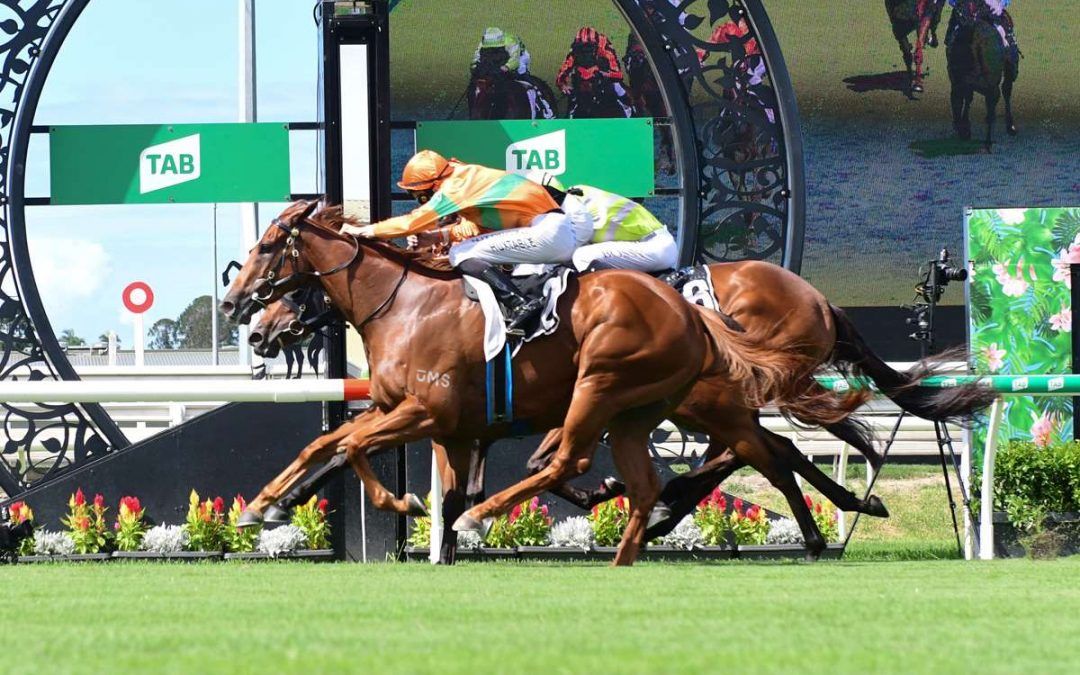 Lucrative targets await SHOOTING FOR GOLD after the 3YO gelding defeated older horses at Eagle Farm on Saturday.

The son of SHOOTING FOR WIN started a $1.90 favourite in the 1200m Class 3 but gave his backers a scare as he wanted to overrace during the first 600m which was covered in a leisurely 38.25 seconds.

Fortunately, rider Justin Huxtable eventually got his mount to settle in the leaders’ slipstream before the horse dug in for a half-head victory, his fourth from only six career starts.

SHOOTING FOR GOLD’s imposing record now has him poised for a shot at the Magic Millions carnival.

Co-trainer Matt Hoysted said SHOOTING FOR GOLD will run in the $250,000 Magic Millions Rising Stars on January 9, in a bid to give the horse every chance of running out the 1400m of the $2 million Magic Millions Guineas a week later.

The stable already has GOTTA KISS confirmed for the Magic Millions Guineas on January 16. The Group 1-placed filly is set to have her final lead-up in the Group 3 Vo Rogue Plate (1400m) at Eagle Farm on January 2.

Saturday’s result has seen the stable climb to fourth in this season’s Brisbane Trainers Premiership with a winning strike rate of 24%.