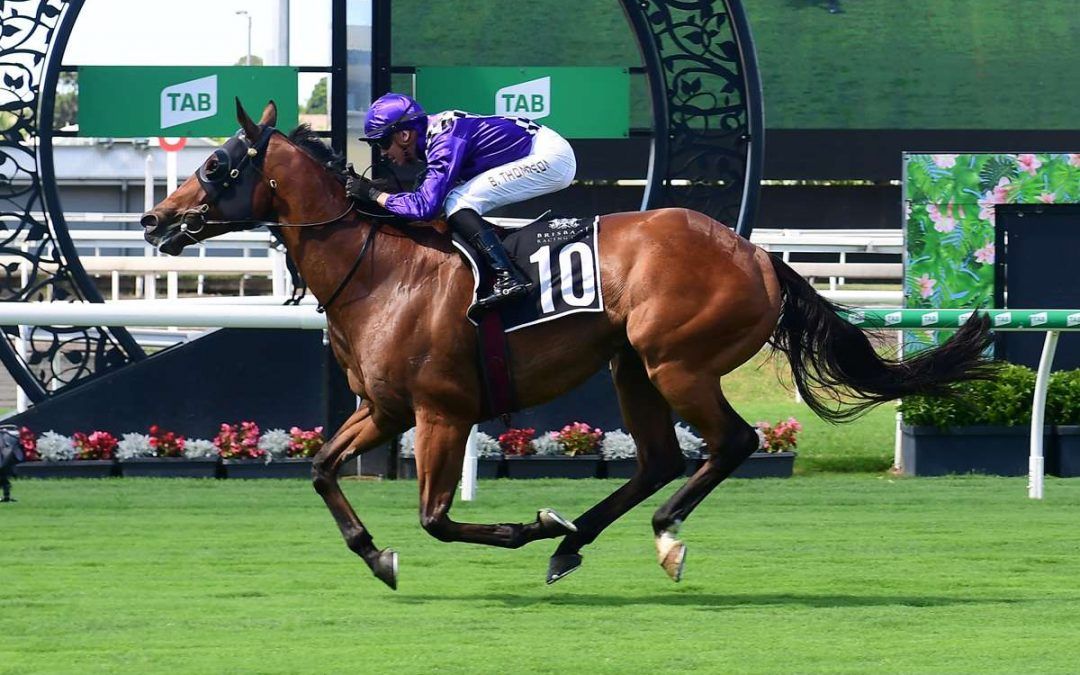 The five-year-old gelding started a $2.80 favourite in the feature event but faced a tricky start from barrier 10.

Fortunately, Thompson was able to land GEE TEE TEE in the one out-one back position and from there, the race was at their mercy.

The son of WRITTEN TYCOON strode up at the 300m mark under minimal pressure before punched out to a two-length victory.

In the words of race caller Josh Fleming: “GEE TEE TEE, about a 15 out of 10 ride from little Benny Thompson.”

GEE TEE TEE now boasts four wins and four placings from just 10 starts, and looks to have scope for further improvement over the summer months. He was a $75,000 yearling from the 2017 Inglis Classic Sale.

Saturday’s win was the stable’s 12th since Steve O’Dea officially entered a training partnership with Matt Hoysted in October.