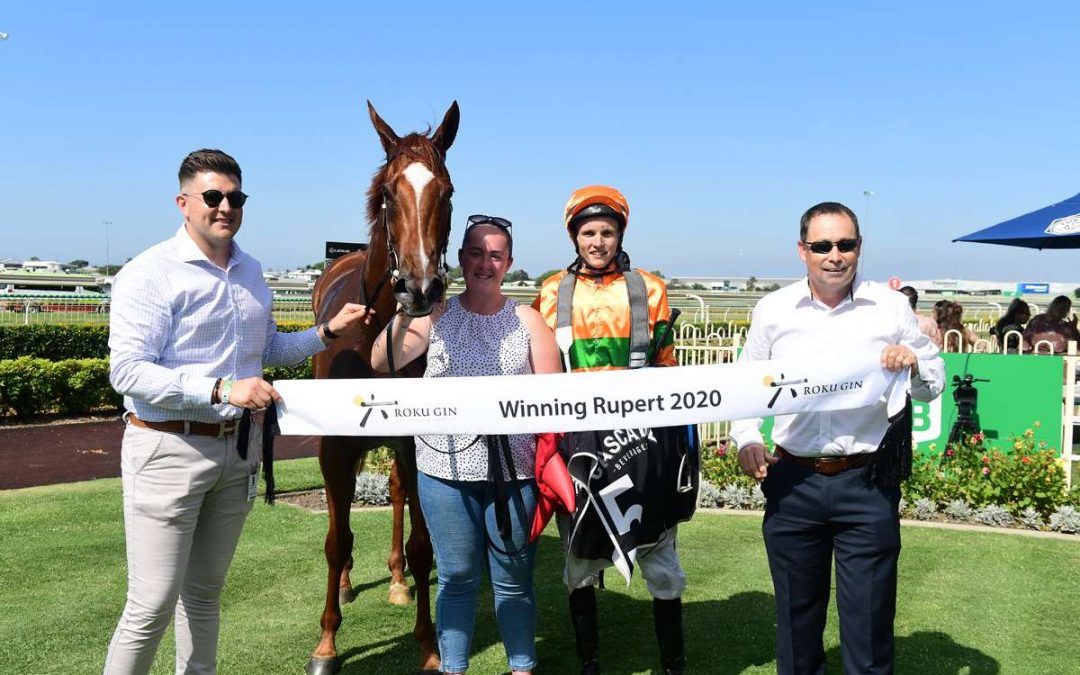 It was another profitable weekend for the Steven O’Dea and Matt Hoysted stable with a trio of winners and a second from six runners.

The rapidly improving SHOOTING FOR GOLD claimed a thrilling victory in the $125,000 Winning Rupert Plate (1200m) at Doomben on Saturday, and in doing so confirmed a start in next month’s $2 million Magic Millions 3YO Guineas (1400m) at the Gold Coast.

The Joe Rapisarda-owned gelding was ridden a treat by apprentice Justin Huxtable who navigated a ground-saving path to the finish line, which proved significant given the half-head margin.

As the race was a feature event, apprentices could not claim any weight so Huxtable had to forego his usual 1.5kg allowance.

“Patient ride by Justin; there wasn’t much he could do,” Hoysted told Thoroughbred News.

“They obviously hooked along early, and he got into an awkward spot when Jimmy Byrne jumped off the rail and he had to go up there.

“He rode for luck. Justin knew what he had underneath him. He’s a pretty serious horse going forward this fella and it was good he was able to get his nose down on the line.”

SHOOTING FOR GOLD’s imposing record of three wins and two seconds from only five starts has earned him almost $150,000 in prizemoney.

Later in the meeting, stable star GOTTA KISS lost no admirers with a herculean second-placing in the Listed Mode Plate (1200m).

The daughter of NOT A SINGLE DOUBT had to loop the field and beat all bar the favourite ISOTOPE who had the benefit of a soft run from the inside barrier.

The team could not have been happier with GOTTA KISS’ performance which has her right on track for the same target race as SHOOTING FOR GOLD – the Magic Millions Guineas.

Doomben’s meeting was followed by a perfect day out at the Sunshine Coast where the stable produced two winners from two runnners.

KATY’S DAUGHTER, another Rapisarda runner, won the 1000m Class 3 before DON’T DESPAIR took out the 1400m BM62 for Proven Thoroughbreds.

Since making their partnership official in late October, O’Dea and Hoysted have saddled up 11 winners and are building a strong team as Queensland’s Summer Carnival heats up.