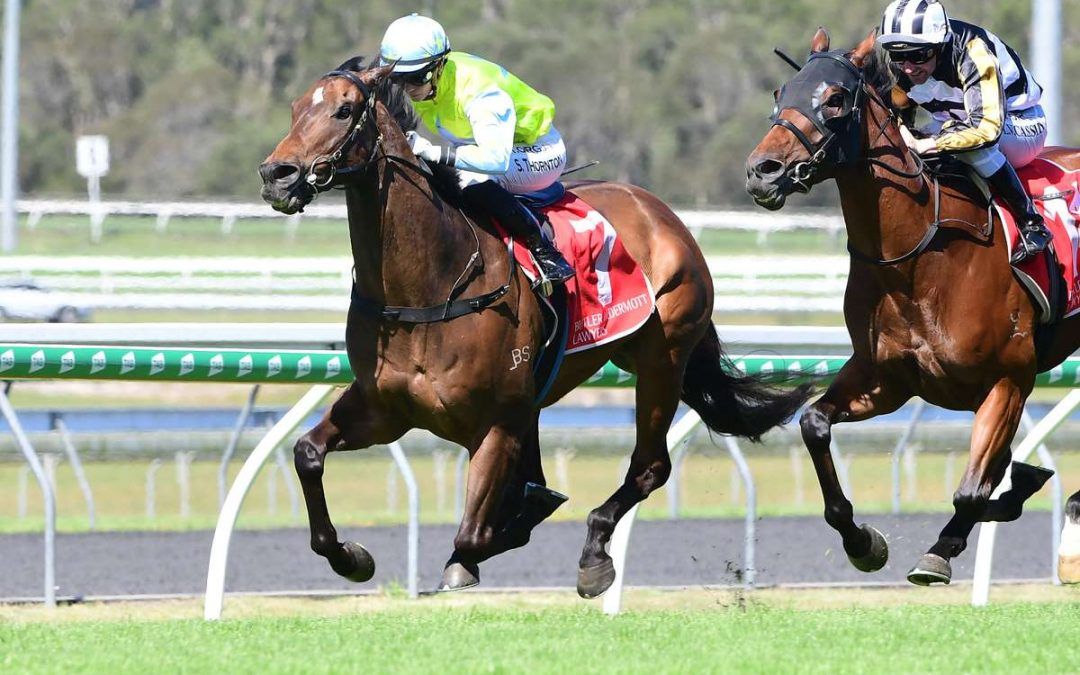 He and co-trainer Steve O’Dea were facing the prospect of losing the then four-year-old gelding as owners Aquis Farm put him up for auction.

With no stud value and a compromised tendon, TOTALLY CHARMED didn’t fit the Aquis model but Hoysted had total faith in the horse’s ability, so much so that he and O’Dea bought back the son of I AM INVINCIBLE for $42.5k and syndicated him to family and friends.

It has turned out to be an astute purchase for connections, with the gelding’s latest win taking his prizemoney to $103,500 since the ownership changed hands nine starts ago.

Ridden confidently by Stephanie Thornton, TOTALLY CHARMED displayed an explosive turn of speed over the final 100m to win the 1200m 1MW event at the Sunshine Coast on Saturday.

That kind of acceleration is the main attribute which convinced Hoysted and O’Dea to keep the horse in their stable.

“He’s got such a dynamic sprint that we really get to see when he’s produced late,” Hoysted said.

“In his last two runs he’s been held up and ridden for luck but it’s brought the best out of the horse.”

However, it hasn’t all been smooth sailing for TOTALLY CHARMED’s new ownership group. The gelding aggravated his tendon in May last year which saw him miss almost 12 months of racing and then at the end of last preparation he suffered a bleed.

Hoysted said the horse has to be carefully managed now but with two wins from his last two starts, TOTALLY CHARMED is certainly in a rich vein of form.

“We’re mindful of not over-taxing him so I think we’ll race him with his runs spaced and hopefully keep climbing through the grades.”

The next assignment for the six-year-old will likely be a 1200m Class 6 at Eagle Farm on December 12.