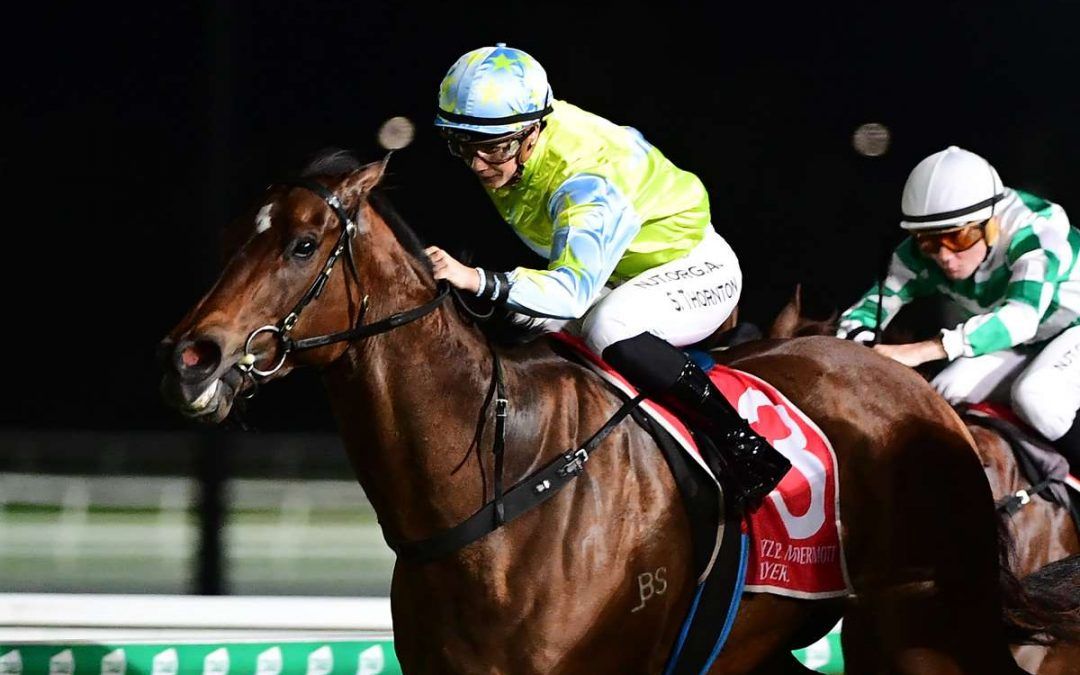 TOTALLY CHARMED (pictured) lined up as a short-priced favourite in the 1000m BM75 Handicap having not raced since early June due to a bleed.

But the gelding certainly made up for lost time with a barnstorming performance under Stephanie Thornton.

Ridden cold out of the gates, TOTALLY CHARMED travelled strongly at the back of the field and almost got onto heels approaching the home corner.

Thornton had to bide her time behind a wall of horses in the straight but once a gap presented itself, the son of I AM INVINCIBLE dashed to the lead and held a 0.2 length margin on the line. It was the six-year-old’s fifth win from just 16 career runs.

Two races later, another well-judged ride, this time by Ben Thompson, guided MISSED THE ALARM to her fifth career win.

Freshened up since beaten 1.5 lengths over 2200m at Ipswich on October 14, MISSED THE ALARM reverted to 1800m and it proved a winning formula as the mare swooped from the tail to claim victory in the shadows of the post.

The daughter of RIP VAN WINKLE was assisted by a genuine speed, which allowed her to relax mid-race and be saved for one final burst at the leaders.

For a moment it looked as though MISSED THE ALARM was going to be pocketed between runners, but Thompson skilfully extricated the mare into clear running at the 300m marker before charging to the post.

Friday’s result confirmed that this mare’s optimum trip is 1800m despite having won up to 2200m in her 23-start career.

Trainers Steve O’Dea and Matt Hoysted believe she is best suited in fast run middle distance races as opposed to longer distance races where she is more inclined to over-race.

Stablemate TOO HOT TO HOLD contested the same race and was gallant in her first try beyond a mile, finishing just 0.6 lengths off MISSED THE ALARM.