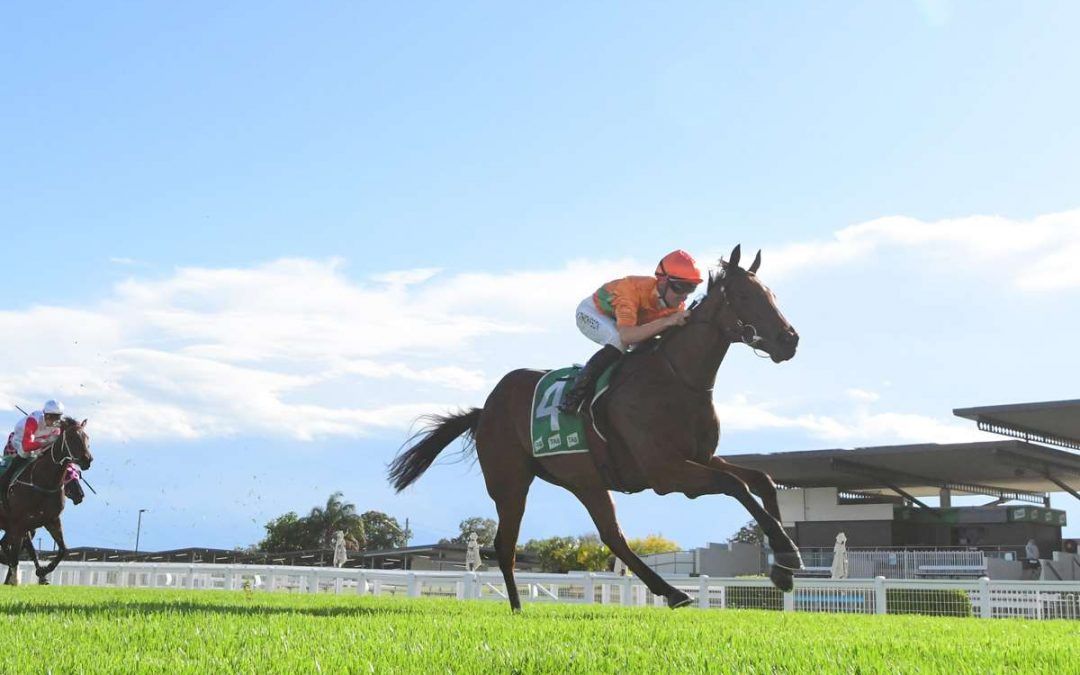 Racing in the familiar orange and green silks of stable client Mr Joe Rapisarda, DOMINANT KING started an odds-on favourite in the 1100m QTIS 3YO Plate and duly saluted for his backers.

The son of sire sensation DEEP FIELD crossed from a wide barrier to settle on the hindquarters of the leaders before being stoked up on the home turn by rider Ben Thompson.

Eventual runner-up MISS BARTY appeared to have stolen a march in the straight but was quickly swallowed up once DOMINANT KING clicked into another gear at the 100m mark.

The two-length winning margin put an exclamation mark on the performance.

The gelding’s dam SAGA’S GIFT, also trained by O’Dea, won her only start by an amazing eight lengths in an Eagle Farm 2YO maiden before unfortunately going amiss.

Her only other named foal is HOT SUMMER, a two-year-old gelding by SPILL THE BEANS.