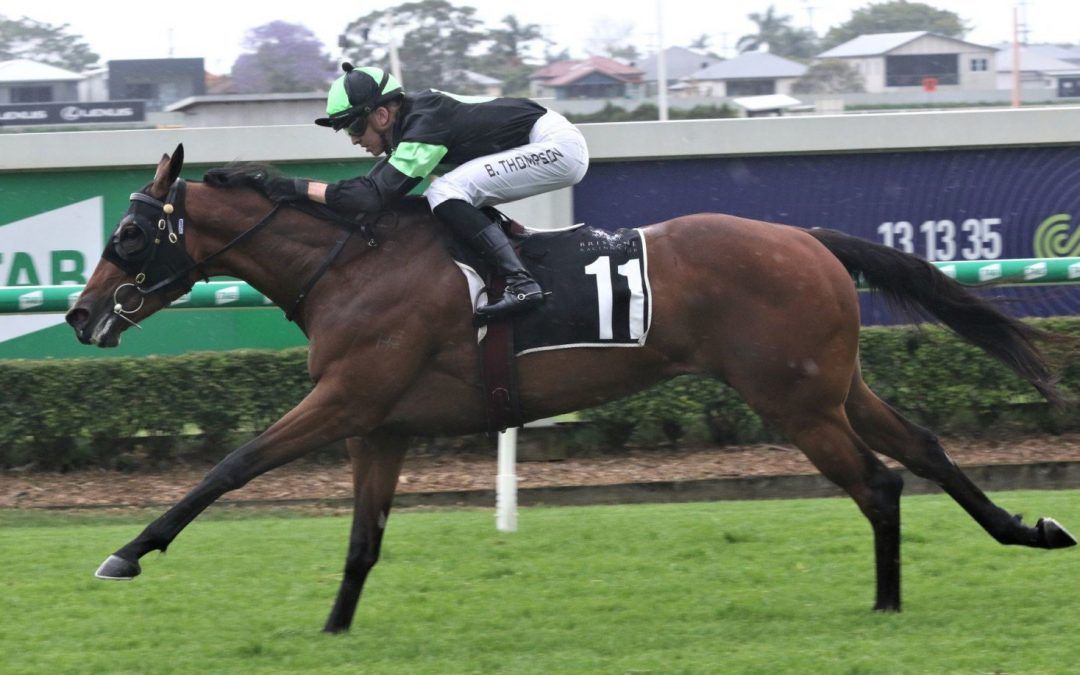 The Steven O’Dea and Matt Hoysted combination duly landed their first winner under their newly formed training partnership banner at Doomben when Ocean Treaty, who was given a copybook ride by Ben Thompson, came home to take the honours every bit as decisively as the official 2.50 length winning margin suggests.

Before the race it was always likely that Ocean Treaty, who has now won four races in succession, would be a big chance, but nothing is ever guaranteed in this game so when the race was run to the stable’s preferred script, that winning result was already firmly in Ocean Treaty’s keeping a long way from home.

“We were quietly confident today,” said Hoysted. “She was in the right race. She is definitely an up-and-coming stayer. She got in with no weight on her back from a good alley, so we always expected her to get the run of the race.

Over the last four and a half years Hoysted has called many stables winners home during his time working for O’Dea. Did this one feel any different as it was his first winner with his name in the trainer’s column?

“It didn’t feel any different really,’ said Hoysted, “but, at the end, I was thinking … I wish they could all be this easy.

“Before that though, through the 250m when she hit the front, I thought she might have moved a bit too early because she can tend to switch off a bit when she hits the front … but, geez, that last hundred was an easy watch the way she put them away.

“It was a great thrill.

“When I started with Steve, he floated the idea of a partnership quite early and a partnership opportunity with him was something that really interested me. There was never any hesitation about doing it.

“It is a rigorous life being in the racing industry with long hours. Having a partnership means you can have a better work /personal life balance … which both of us are really after.

‘We are both really keen to have a good crack at this, have a go … and hopefully we can see the fruits of our efforts in the future.”