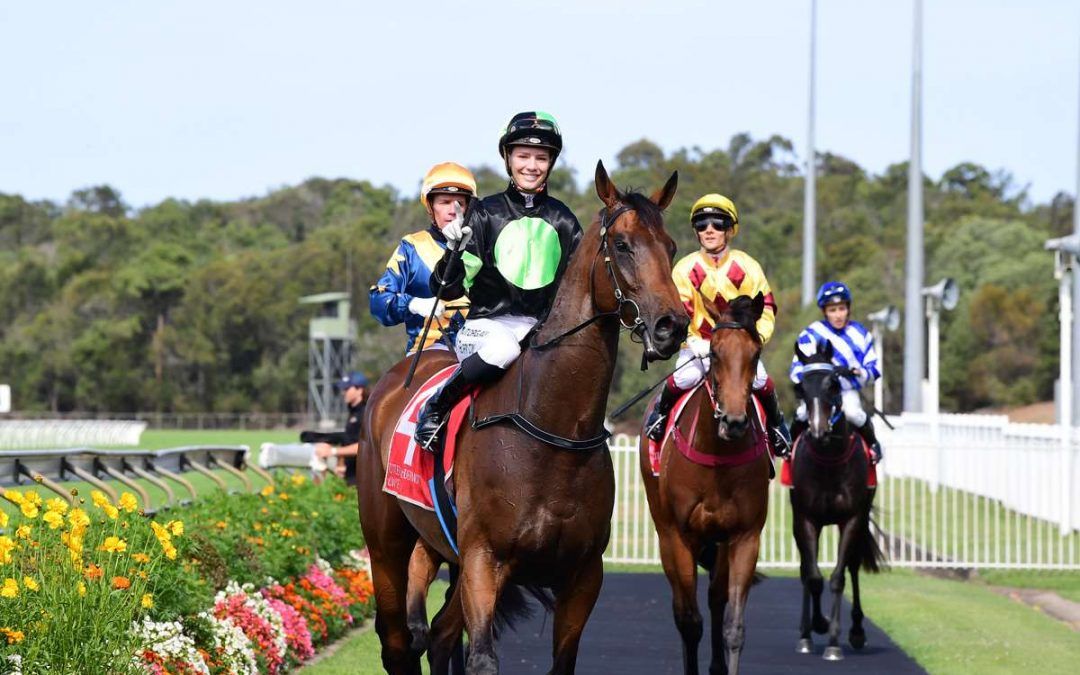 The familiar trainer-jockey combination of Steve O’Dea and Stephanie Thornton once again came to the fore at the weekend as THE GOLDEN HIND tasted victory at the Sunshine Coast.

Lining up over 1300m second-up from a spell on a good (4) surface, the conditions were hardly ideal for the New Zealand-bred stayer but a lovely ride by Thornton had THE GOLDEN HIND within striking distance at the top of the straight.

THE GOLDEN HIND responded to Thornton’s urgings over the final 300m and gradually wore down the leader to score by 0.2 lengths.

It was the gelding’s third career win at Caloundra and one which we hope signals the end of what has been a wretched run of setbacks for the son of TAVISTOCK.

Having raced beyond a mile only once in his 14 start career, it’s fair to say there is still some untapped potential in THE GOLDEN HIND, a graduate of famed NZ thoroughbred nursery Cambridge Stud.

The O’Dea stable has been in a rich vein of form of late and Proven Thoroughbreds has been one of the main beneficiaries.

Our seasonal tally of winners now stands at 16 while our annual total has climbed to 36.