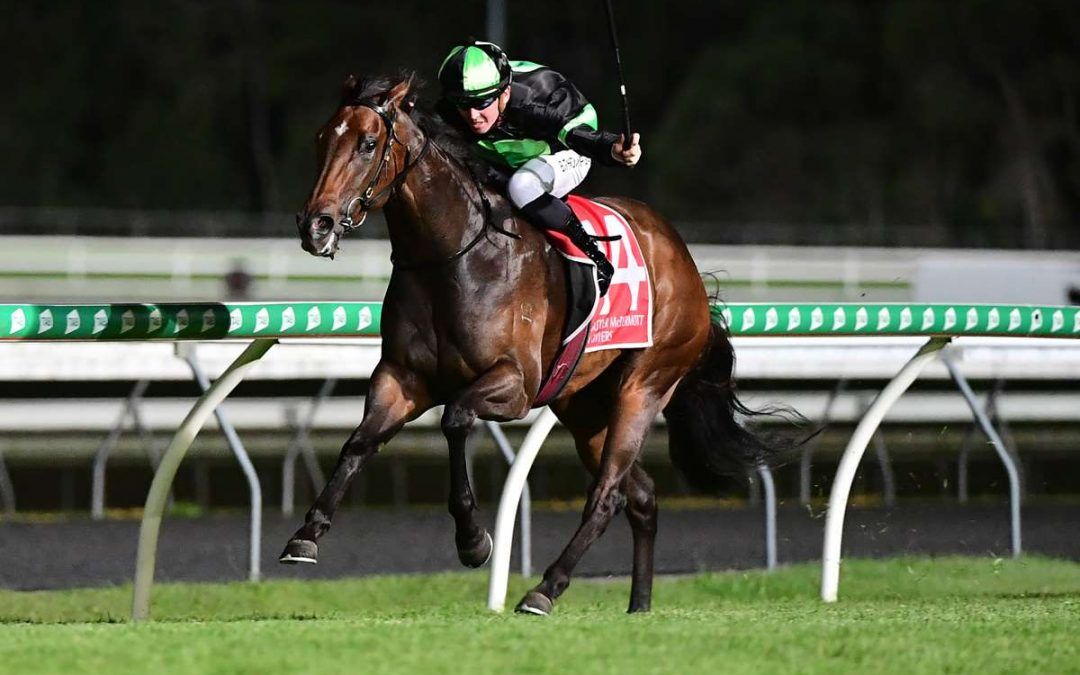 A fruitful 24 hours for Steven O’Dea Racing and Proven Thoroughbreds saw TRIP THE LIGHT and OCEAN TREATY win at the Sunshine Coast and Gold Coast respectively.

TRIP THE LIGHT (pictured) started a commanding favourite in Friday night’s 1000m maiden and duly saluted with Ben Thompson aboard.

Thompson ensured the SEBRING filly made full use of barrier one, settling in the box seat before sliding up the inside of the leader and bursting away for a three-length victory.

The three-year-old’s record now reads one win and three placings from five starts. Friday’s dominant performance will hopefully give her confidence as she progresses to harder races.

Then at the Gold Coast’s Saturday meeting, OCEAN TREATY completed a hat-trick of wins when proving too strong in the opening event – an 1800m Class 3 Handicap.

It was the four-year-old mare’s first test beyond a mile and it’s fair to say she passed with flying colours, wearing down the long time leader in the straight to score by half a length for Anthony Allen.

The daughter of OCEAN PARK has the bloodlines to suggest she will run at least 2000m and her racing pattern is certainly indicative of a stayer. A product of Haunui Farm, she is a half-sister to West Australian Oaks winner FIRST IMPRESSIONS.