She’s TOO HOT TO HOLD! 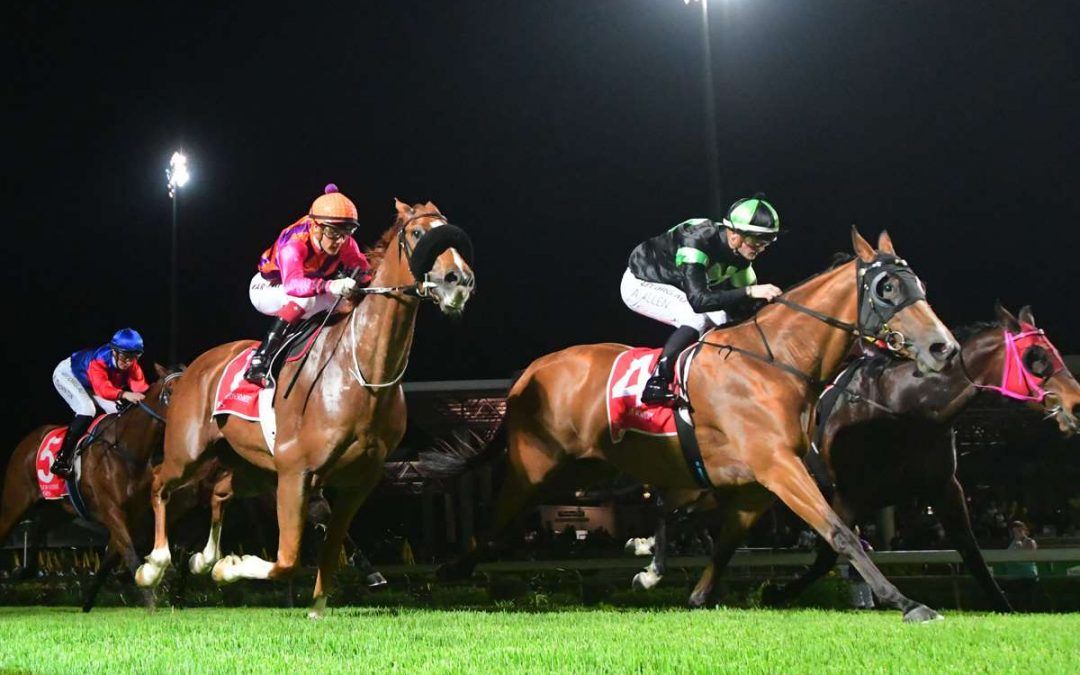 Consistent mare TOO HOT TO HOLD registered her fourth career win when proving strongest over a mile at the Sunshine Coast on Friday night.

The Steve O’Dea-trained galloper had been out of the winners’ circle since November last year but five placings in eight subsequent starts indicated that her next win was not far away.

Ridden by Anthony Allen, TOO HOT TO HOLD came from off the pace to prevail in a blanket finish by 0.2 lengths.

Allen is building an impressive record on the daughter of SIZZLING with three wins and seven minor placings from 12 rides.

TOO HOT TO HOLD was purchased by Proven Thoroughbreds and Steve O’Dea Racing from Eureka Stud’s draft at the 2017 Inglis Classic Sale for only $40,000.

She’s now a winner of $134,750 and is well related being a half-sister to 2YO stakes placegetter BRIBERY and out of a half-sister to Magic Millions 2YO Classic winner REAL SURREAL and Group winner BENNY’S BUTTONS.

Friday night’s result marked Proven’s 29th winner for the year and 10th winner since August 1, thanks in no small part to the form of the Steve O’Dea stable which is preparing winners at a strike rate of almost 20% this season.