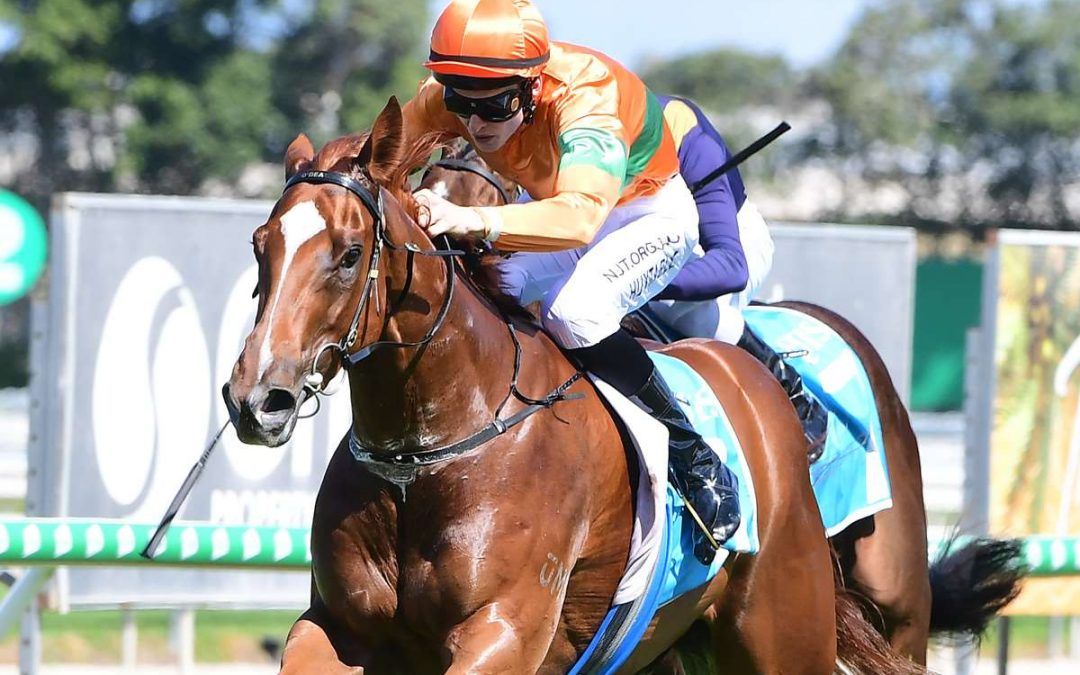 Steve O’Dea will give SHOOTING FOR GOLD a chance to qualify for next year’s Magic Millions 3YO Guineas after the gelding bagged his second win at just his fourth start on Saturday.

Lining up in the 1200m 3YO Handicap for colts and geldings at the Gold Coast, SHOOTING FOR GOLD was heavily backed to start a $1.80 favourite.

The lightly raced chestnut began only fairly in the eight-horse field but mustered speed to cross and trail the leader.

As the field fanned on the home turn, rider Justin Huxtable stayed towards the inside on SHOOTING FOR GOLD and the pair quickly hit the front 300m from home.

SHOOTING FOR GOLD sustained a strong run to hold a length margin on the line.

The son of SHOOTING TO WIN is building an imposing record of two wins and two seconds from four career runs, prompting O’Dea to target the $2 million Magic Millions 3YO Guineas (1400m) back at the Gold Coast in January.

“He’s done a super job in his first prep and I think he’s earned a shot at the Magic Millions,” O’Dea said.

“He’ll have a short spell now and come back towards the end of the year.”

SHOOTING FOR GOLD races in the familiar orange and green silks of owner-breeder Joe Rapisarda who also raced the dam AMBER’S CROWN, a six-time winner for the O’Dea stable.