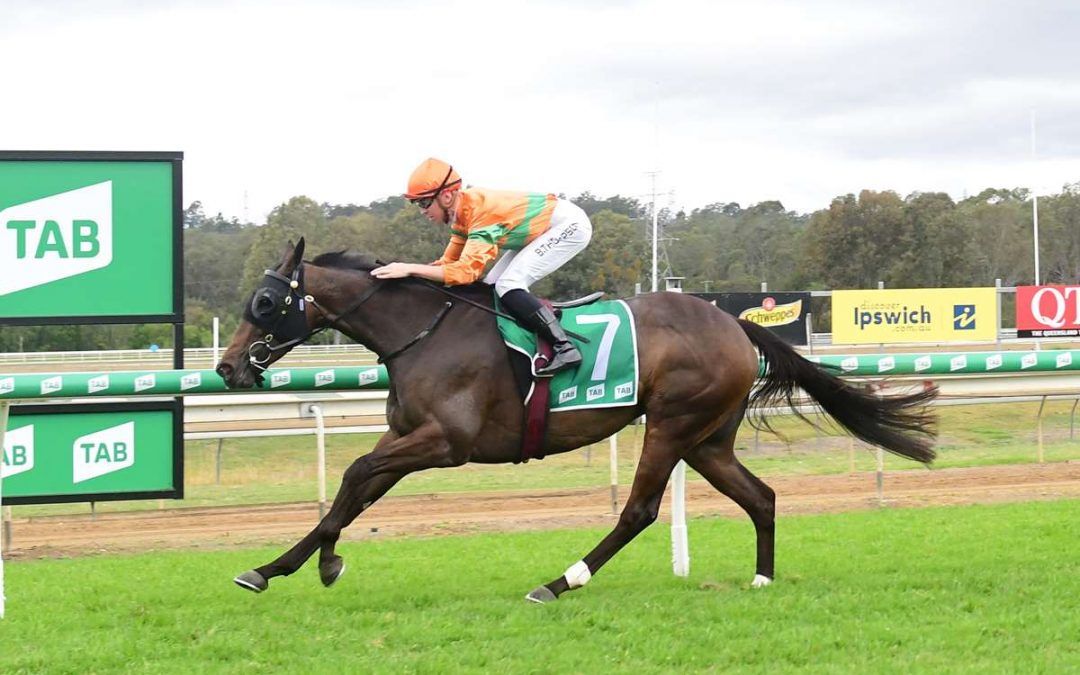 KATY’S DAUGHTER justified her short quote with an authoritative win at Ipswich on Thursday.

Starting a $1.65 favourite in the 1350m Class 2 event, KATY’S DAUGHTER began best to lead the seven-horse field under Ben Thompson.

The five-year-old mare then slipped away from her rivals on the turn and was never threatened in the run home, scoring by a widening 2.8 lengths.

A sharp last 600m of 34.38 seconds set a near impossible task for the chasers after Thompson was able to control the first half of the race.

It was Thompson’s second win for the stable since relocating from Victoria last month.

KATY’S DAUGHTER’s record now reads three wins and two placings from 10 starts. The daughter of EPAULETTE is out of former stable star KISS ME KATY, who won a Listed race at Eagle Farm and placed behind SHELLSCRAPE in the 2009 Group 3 San Domenico Stakes at Randwick.

KATY’S DAUGHTER is the stable’s sixth winner in the last 16 days.

Congratulations to long-time client Mr Joe Rapisarda, who also has YOU MAKE ME SMILE debuting for the stable at Doomben on Saturday.