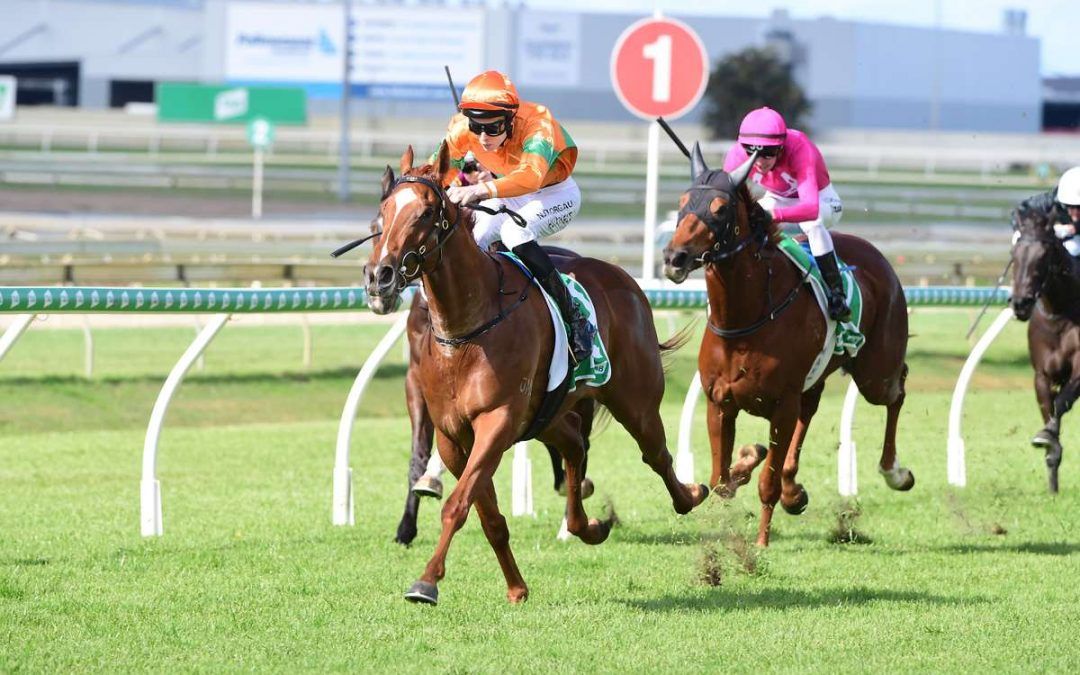 Lightly-raced gallopers SHOOTING FOR GOLD and EXPRESS DREAMS registered their maiden wins in fine style at Doomben on Wednesday.

A beaten favourite on debut at the Gold Coast on August 1, SHOOTING FOR GOLD made amends at his second start with an emphatic performance in the 1100m Set Weights Maiden.

The three-year-old chestnut had to be scrubbed up early by rider Justin Huxtable to cross from a wide barrier and trail the leading pair.

Travelling strongly coming to the home turn, SHOOTING FOR GOLD was eased off heels in the straight and made his rivals look one-paced with a sharp turn of foot.

Huxtable had the luxury of easing his mount down as they crossed the line 3.3 lengths in advance of the runner-up.

As impressive as SHOOTING FOR GOLD was, trainer Steve O’Dea wants to see the gelding progress through the grades before considering the Magic Millions 3YO Guineas in January.

“It’s a race we have in the back of our mind but he would need to keep improving to warrant going there,” O’Dea said.

“If he can win his next couple of starts then we’ll think about freshening him up for the race.”

While SHOOTING FOR GOLD had shown promise from an early stage, the same can’t be said for the stable’s other winner EXPRESS DREAMS.

The five-year-old mare of only three starts has needed plenty of time to mature according to O’Dea, but his patience paid off handsomely on Wednesday as the daughter of SHAMEXPRESS took out the 1660m Maiden.

Ridden by Stephanie Thornton, EXPRESS DREAMS travelled midfield on the rails before a saloon passage opened as the field straightened for home.

The mare took the gap and knuckled down gamely to defeat the favourite by a half-head margin.

“She didn’t show a lot early so I decided to give her a really long spell and give her the chance to mature,” O’Dea said.

“Being a five-year-old now it was probably do-or-die for her this prep but she’s risen to the challenge and showed a good will to win.”