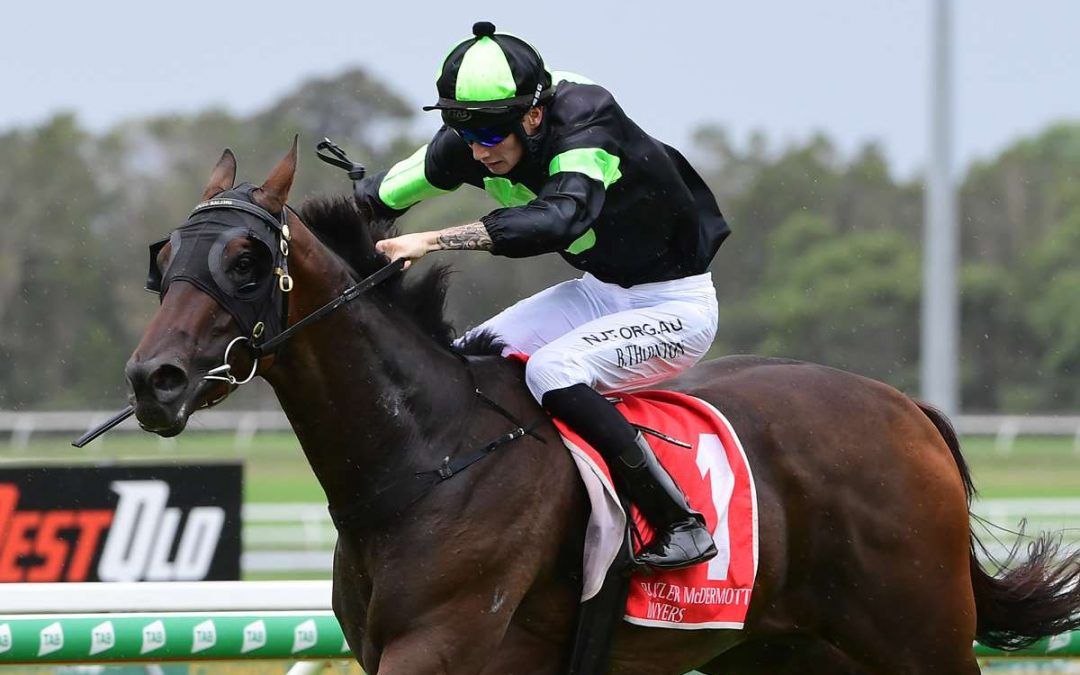 The Steve O’Dea-trained DON’T DESPAIR passed a distance test with flying colours at the Sunshine Coast meeting on Friday.

Facing the starter for the ninth time in his career, DON’T DESPAIR emerged a resounding winner of the 2200m BM60 Handicap.

Jockey Boris Thornton steered the three-year-old gelding to an early lead before a mid-race move by a rival runner relegated the pair to third on the fence.

But it mattered little as DON’T DESPAIR was extricated into clear running at the 300m before sprinting clear for a 1.3-length victory.

O’Dea said the son of DISSIDENT had always given him the impression he would stay, despite his racing style suggesting otherwise.

“It’s funny, you wouldn’t think he could run a trip based on how he has been racing over shorter distances but his work at home showed that he might appreciate it,” O’Dea said.

“I was a bit worried when the other horse took off around us but to his credit he was strong late.”

DON’T DESPAIR has been a model of consistency in only his second racing preparation, posting two wins and four top-five finishes in six starts since March.