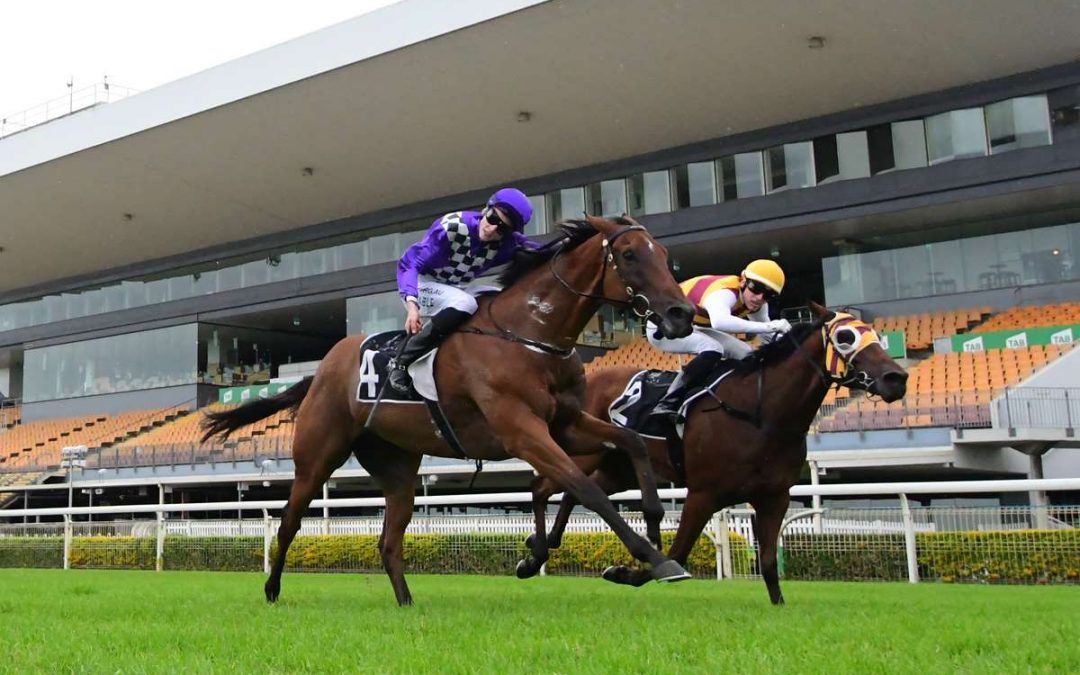 Stable stalwart SABKHAT caused a boil-over in the 1640m Open Handicap at Doomben on Saturday.

The rising 10-year-old gelding was one of the outsiders in the seven-horse field as Get Stuck In went to the barriers a commanding $1.65 favourite.

But the race ended in a thrilling three-way drive with SABKHAT getting the head down on the wire to win by the barest of margins.

“He’s a lovely old horse. He’s a bit quirky so we have to mix things up with him at home – he does a bit of jumping a couple of times a week to keep his mind on the job,” O’Dea said.

Racing from in front has proven to be a successful tactic during the back end of SABKHAT’s career, having led in his last three wins.

“It was great to get a result today. He really appreciates leading around Doomben and Justin (Huxtable – rider) rated him really well in front.”

SABKHAT was the first leg of a winning double for Huxtable, who currently boasts a winning strike rate of 23% since March 22.