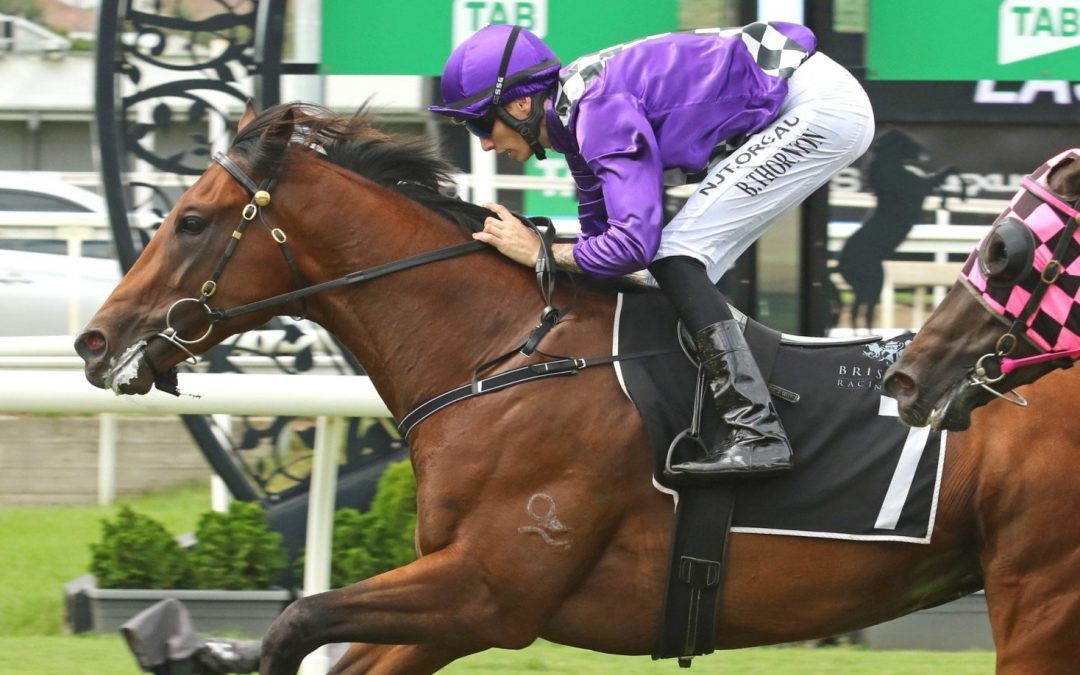 Promising two-year-old Tumbler Ridge lived up to his early season potential when he broke his maiden status and landed some big bets in winning at Eagle Farm.

Tumbler Ridge was one of the better triallers early in the two-year-old heats and was second in the first juvenile race of the season in October at Eagle Farm.

He failed first-up but had little luck from a wide barrier.

“He could go with our top filly Gotta Kiss but he was always going to be a horse who would want some distance further than 1200m,” Hoysted said.

“Tumbler Ridge had no luck at his first start back from a spell but was disappointing. With a better barrier we thought he could improve today.

“He will have his next start in a 1400m race at Eagle Farm in a fortnight and after that we might think about the winter.”

Tumbler Ridge is from the first crop of the ill-fated sire Spill The Beans who died late last year.

It was Spill The Beans second metropolitan winner and his first at Eagle Farm.

Jockey Boris Thornton said Tumbler Ridge had shown a lot of fight when challenged in the straight.