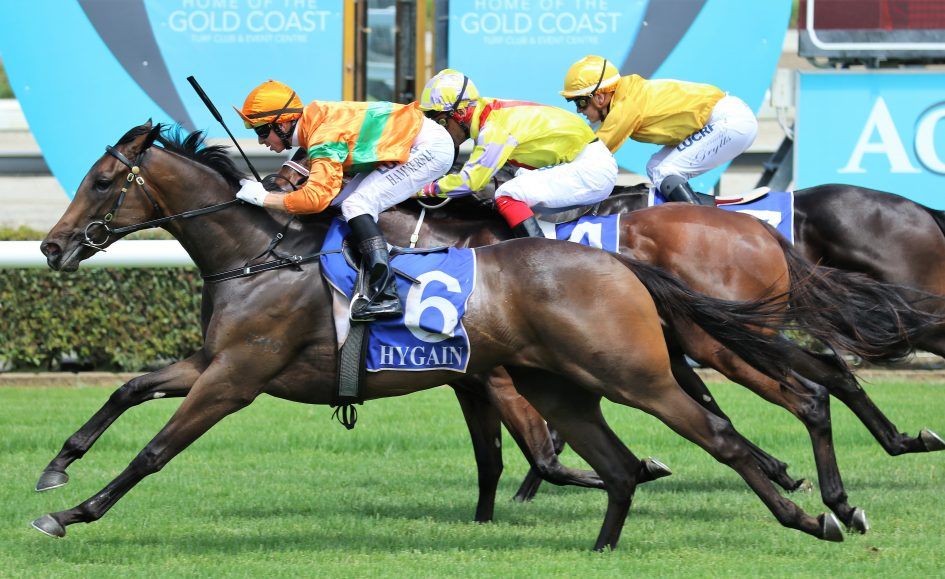 Katy’s Daughter gets her chance at some Magic Millions glory, two years later than connections had hoped.

Katy’s Daughter will run in Saturday’s $250,000 Fillies and Mares Rising Stars (1300m) which will be only her fifth start.

She was considered a genuine chance in the 2017 Magic Millions 2Y0 Classic after winning in brilliant fashion at the Gold Coast two weeks before the rich race.

Injury robbed her of the chance to compete and she did not return to racing until November, finishing just behind the placegetters at her two starts since being sidelined.

She is entered for the $1 million Magic Million Fillies & Mares race on Saturday week.

Katy’s Daughter has been a special project for trainer Steve O’Dea who has a liking for her family.

He trains the four-year-old mare for North Queensland owner George Rapisarda who has been a mainstay of O’Dea’s stable.

Katy’s Daughter, who cost $10,000 at the Magic Millions sales, is by Group One-winning sire Epaulette out of the prolific producing mare Kiss Me Katy.

Kiss Me Katy was O’Dea’s first good horse when he arrived in Brisbane from Townsville in 2009.

She was his first Brisbane winner and his first stakes winner when she won the Listed Sir Douglas Wadley Stakes at Eagle Farm.

Kiss Me Katy also gave O’Dea his first interstate runner when she ran third in the San Domenico Stakes in Sydney.

As a broodmare she has produced Katy’s Son, The Last Kiss and Dream Kisses, all winners.

“Katy’s Daughter looked like being my second Magic Millions Classic runner but it wasn’t to be,” O’Dea said.

“I always felt she could be the best of Kiss Me Katy’s progeny.”

Katy’s Daughter will be ridden by O’Dea’s apprentice Stephanie Thornton who is set to fight out the Brisbane premiership with leader Jim Byrne sidelined for some months with a broken leg.

Formerly based in Victoria, Thornton has ridden 31 city winners this season with fellow apprentice Baylee Nothdurft on 32-1/2 and Robbie Fradd on 30-1/2.

.@bernadetecooper was out and about this morning for trackwork & caught up with @odearacing Assistant Trainer Matt Hoysted to hear his thoughts on Scallopini, Gotta Kiss, Invigorating & Katy's Daughter @RaceQLDCheck out all the latest News & Views on the Sky Racing Active App pic.twitter.com/SCeYi3UGXl